Nadia Velvekens (born 5 March 1982) is a South African actress, who, like her mother, Cecile, and younger sister, Natasha, grew up in Centurion. 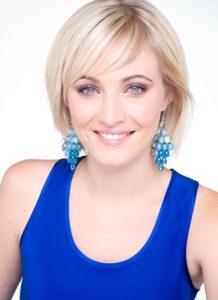 She was born on the 5th of March 1982 in Pretoria, South Africa. As of 2021 she is 39 years old and celebrates her birthday on March 5th every year.

Nadia had previously been interested in drama as an extramural activity for 12 years when she matriculated from Eldoraigne High School.

TUT ( Tshwane University of Technology ) in Pretoria was where she studied BA Drama. She was involved in many theaters plays during her three-year study, including Maid in the New South Africa, where she had the pleasure of working with Clive Morris. She obtained her first employment as a co-presenter of the SABC2 program series Nutsman in 2003 when she finished her studies.

Egoli: Place of Gold, an M-Net television series, cast her in a modest role as a secretary. Danie Odendaal cast her in the SABC 2 television soapie 7de Laan in the character of Nicole Kannemeyer in 2004. Valvekens has also been in other television shows, such as Scandal on the E-TV channel, since 2005.