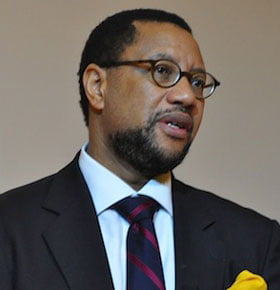 Nhleko bagged a BSc in civil engineering from Ohio State University and an MBA in finance from Atlanta University.

He got married to his wife Nontokozo nee Sibiya in August 1989. Together they have three beautiful daughters, Nonkululeko, Nosipho, Fikile, and a son, Mpumelelo.

Worldwide African Investment Holdings, a holding company with interests in the petroleum, telecommunications, and information technology industries, was created by Nhleko in 1994.

He became the CEO of MTN Group in 2002. He was elected to the GSM Organisation (GSMA) Board of Directors in 2007, the global trade association for mobile phone providers. From January 2007 until January 2008, he sat on the board for a two-year term.

He was previously a senior member of the corporate finance team of Standard Corporate & Merchant Bank. Johnnic Holdings, Nedbank Group, and Old Mutual SA all have Nhleko as a director.

He and Johann Rupert formed the Pembani Remgro Infrastructure Fund in 2012.

He has an estimated net worth of $142 million which he has earned as a businessman.