Mpumelelo Bhulose (born 2 February 1972) is a South African actor known for his starring role as Muzi Xulu, a gangster and self-made man, on the SABC1 telenovela Uzalo. 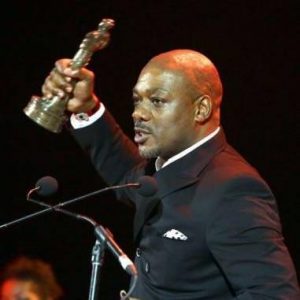 He was born on the 2nd of February 1972 in KwaMashu, Durban Kwa-Zulu Natal, South Africa. As of 2022, he is 50 years old and celebrates his birthday on February 2nd every year.

Mpumelelo Bhulose has since gone on to star in Mzansi Magic’s Greed & Desire as Xolani and e.tv’s Imbewu: The Seed as Zimele “Ngcolosi” Bhengu.

Early in his career, he played Martin on SABC 1’s Generations and Sipho Sithole on Tshisa, as well as starring on Joe Mafela’s, Connie Chiume’s, and Sindi Dlathu’s show Khululeka. He took a long absence before making a comeback on Uzalo.

Mpumelelo quit Uzalo just as it was reaching the pinnacle of its success and closing in on Generations, a long-running prime-time show.