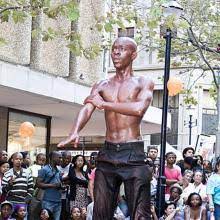 He began pursuing his passion for theatre when he was 11 years old in primary school, and he has committed his life to the arts and to assisting young people in obtaining the skills necessary for a tertiary degree since then.

He sees theatrical instruction as “(his) calling and weapon to teach those who are not receiving traditional classroom instruction.”