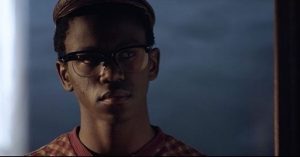 He was born on the 25th of January 1999 in Johannesburg, Gauteng, South Africa. He is 23 years old as of 2022 and celebrates his birthday on January 25th every year.

Siya Xaba was cast as Langa in Mzansi Magic’s crime series Gomora in March 2020. He has also appeared in 4Play: Sex Tips for Girls – Season 1 in the role of Xolani. Young Chekura from Season 1 of The Book of Negroes, Najim from Strike Back, and Forget from Soul Buddyz.