Sipho Mbele (born 12 January 1970) is a South African actor, musician and author known for his starring role as Msweswe in the SABC1 drama series iKani. 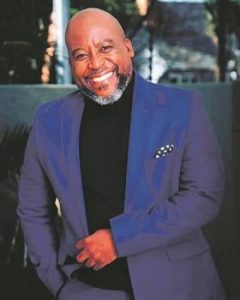 Later that year, he started a new recurring role as Robbie on the Mzansi Magic soapie The Queen, which he first appeared in Season 2, Episode 109.

In 2018, he was cast as Msweswe in the SABC1 drama series iKani, which follows a young artist who discovers she is from an isiNdebele family after being raised as a Zulu by her aunt.

The following year, he was cast in the recurring character of Mr Mbhense in the SABC1 comedy-drama series Makoti, initially appearing in Season 1, Episode 7.

Sipho won another prominent part in 2020, this time in the SABC2 medical drama series Vutha as Ngwazi Mahlangu. The show premiered on September 3, 2020.