Shameel Joosub (born 8 March 1971) is a South African businessman and is the current head of Vodacom since March 2013. 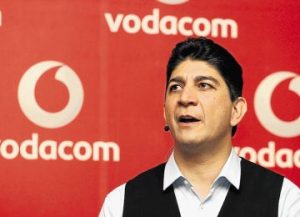 Alan Knott-Craig, the founder of Vodacom and later the CEO of rival provider Cell C, was his mentor.

Joosub has been on the boards of Vodacom and Safaricom since 2012 and 2017, respectively.