Raymond Ackerman (born 10 March 1931) is a South African businessman, philanthropist and author. He is the past chairman and founder of Pick ‘n Pay supermarket group. 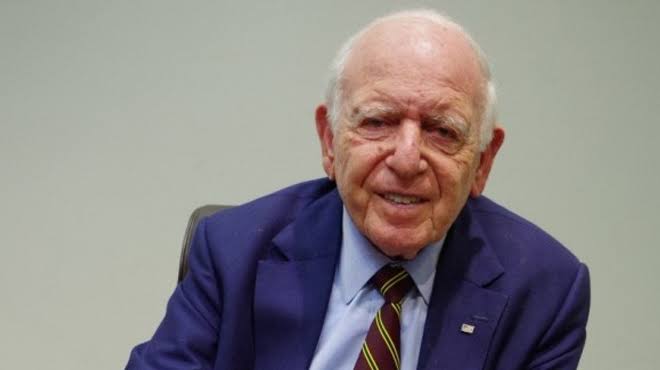 Ackerman is married to Wendy Ackerman. They have four children together: Gareth Ackerman, Kathryn Robins, Suzanne Ackerman-Berman, and Jonathan Ackerman.

They all run the family business together. On 21 October 2009, Gareth took over his father’s duties, and on 1 March 2010, the chairmanship as well.

He worked his way up the ladder to become the managing director of 85 Checkers stores, a food retailer started by Greatermans group. He was 35 years old at this time. His stay there as managing director was short-lived as he was fired the same year, in 1966.

After he lost his job, Ackerman purchased four Pick ‘n Pay stores in Cape Town with the help of his severance pay and a bank loan. Pick ‘n Pay gradually expanded to become one of Africa’s largest supermarket chains, with a turnover of 37 billion Rand (as of 2006) and more than 124 supermarkets, 14 hypermarkets, and 179 franchised outlets under his leadership. In many African nations, the Pick ‘n Pay Group employs over 30,000 employees.

Raymond Ackerman has written three books. In his books, he shared his experiences and offered advice to young aspiring entrepreneurs.

Ackerman has an estimated net worth of $500 million which he has earned from his successful career as a businessman.