Dali Tambo (born 1 March 1959) is a South African media personality known as the presenter of the SABC television talk-show People of the South. 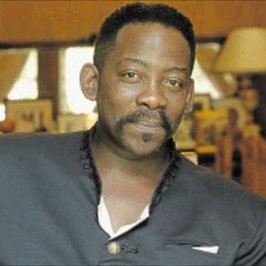 Tambo attended Lancing College in West Sussex, England, before pursuing a Bachelor’s degree in International Affairs and Political Science at the American University and the Sorbonne in Paris, France.

He is married to Rachael Tambo and together they have four children.

Dali Tambo and musician Jerry Dammers launched the anti-apartheid organization Artists Against Apartheid in 1983. During the 1980s, the organization organized a number of anti-apartheid performances across Europe. As apartheid came to an end in 1991, Tambo returned to South Africa.

Tambo has devoted his time since leaving People of the South in 2013 to supporting the notion of a commemorative sculpture park in Tshwane. There will be 400 to 500 life-size bronze statues of well-known anti-apartheid activists in the planned park.

He has an estimated net worth of $500,000 which he has earned as a media personality.