Mzambiya (born 21 May 1986) whose real name is Nkosinathi Zwane is a South African kwaito artist and television presenter. 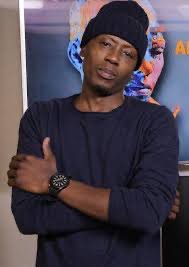 He rose to fame in 2000 with the single Mele Senzeni, although he is best known for his hit song Jersey Number 10.

He has an estimated net worth of $100,000 which he has earned as an artist and television presenter.