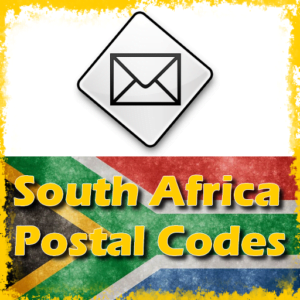 The South African postal code can be required of you when you are filing a form online; this is one of the several reasons why it is very important to have the postal code handy. Even if you cannot memorize the entire postal codes for all the provinces in South Africa, make sure you know as many of them as possible, like the South Africa postal code for your city, Cape Town or Johannesburg.

This post lists all the postal codes used in the provinces of South Africa and clearly, accurately answers the question: What is the Postal code for South Africa?

The ZIP Code is originally an official code used to specify locations in the United States. The acronym “ZIP” actually means Zone Improvement Plan. Although ZIP code is meant to be solely used for states in the US, some websites and online forms may still prefer that you input your country’s ZIP code.

The reason for this is not far-fetched. The United States Postal Service (USPS) has a database of ZIP codes specifically for all countries so as to simplify delivery handling services.

Therefore, as a South African, you won’t be wrong to specify a South African ZIP code assigned by the US — if asked offline or when filling forms online or sending goods to South Africa from the US. So, what is South Africa’s Postal Code? Is it really +27? You wonder!

Well, the answer is a capital “NO!” Actually, “+27”  is South Africa’s official international dialing code for all phone numbers used in the country. So, if +27 is not correct, what is the actual postal code?

What Is South Africa Zip Code

When sending or receiving a parcel, letters or other goods, you must specify the right postal code for your destination to avoid sad stories of missing parcels. Goods won’t be delivered to their right destinations if you use a wrong postal code.

The South African Postal Service has a collection of all the postcodes used in South Africa based on city, town area, street address and locality. This is the most reliable way to get the postal codes for different areas and provinces in South Africa.

Check below for the correct South Africa postal code and postal codes.

Here are the postal codes for all South African Provinces: