Keabetswe Mashugane (born 14 December 1988) is a South African actress and MC known for her role as Princess Oarabile on the Mzansi Magic telenovela Greed & Desire. 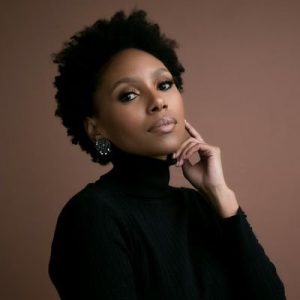 In 2015, she made her television acting debut in the Mzansi Magic serial The Road as Grace.

Princess Oarabile, the well-educated but traditional fiancée of Maru (played by Thato Molamu) on the Mzansi Magic drama Greed & Desire, had her breakout role the following year.

Following that, on July 31, 2016, Keaby appeared as a guest star in an episode of the SABC1 legal drama series Sokhulu & Partners (Season 3, Episode 9).

Later that year, she starred in the StarTimes One drama Maseko Ties, which first broadcast on StarSat in 2016 and then on BET Africa on DStv in 2017.

The following year, she hosted a lifestyle show called Home Matters on StarSat and starred as Emma in the BET courtroom drama series Grit, which premiered on October 23, 2017.

Keaby also had a recurring role as Captain Neo in the SABC1 drama series Family Secrets, beginning appearing in Season 1 Episode 8 of the series.