Thulani Kubheka who is also often known as Thulane Kubheka is a South African actor known for his role as The Butcher of Soweto in the Mzansi Magic miniseries 4 Hours. 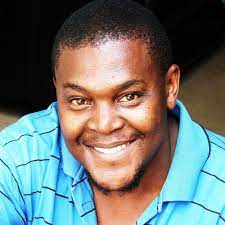 eKasi: Our Stories, Zone 14, 90 Plein Street, This Life, Backstage, and Isidingo are among the television shows in which he has appeared.

He also worked as a community radio host on Kasi FM. He starred in the Mzansi Magic telenovela Greed & Desire in 2016.