Mothusi Chebeletsane is a South African actor known for his recurring role as Bheki in the Mzansi Magic telenovela isiBaya. 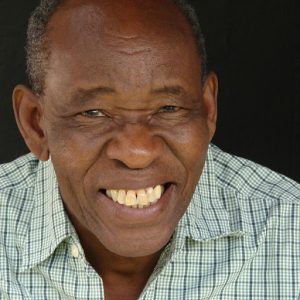 In the Mzansi Magic sitcom Samsokolo, he played Nyamazana, a Sesotho traditional healer and Charlie’s loyal sidekick who is an inyanga full of plans and remedies for every crisis, real or imaginary.

Mothusi has appeared in a variety of television shows, including Generations as an officiating priest, Muvhango as Uncle, Tsha Tsha as a taxi driver, Soul City as Father Tim, and Masakeng as Arch Deacon.

He’s also appeared as a guest star in a number of shows, including Voete van Goud, 90 Plein Street, After 9, Backstage, Jacob’s Cross, and Donkerland, where he played a mayor.

Over a 15-year period, he worked for the SABC as a broadcaster, analyst, translator, and language counselor.