Ferry Jele is a South African actress, singer, dancer and voice artist known for her role as Tina in the television series Mzansi. 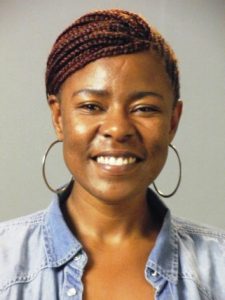 Ferry Lele has been on Muvhango, Backstage, Orlando, Mzansi, and Generations, among other shows.

She has appeared in theatre plays such as Blues of Biko, Milestones, Bozzoli, Of Cats & Dogs, Shattered Dreams, Maru, Julius Caesar, Enquiry, Madiepetsane, Stockings and Stilettos, Lest We Forget, The Third Coming, and King Lear as a workshop writer for the TV series Tsha Tsha.

She appeared in the mini-series Society and the drama series Jacob’s Cross in 2007, as Busi Makhubu.

Ferry has also performed in a number of corporate theatre productions. She is also the performance coach for the e.tv soap opera Rhythm City.