Mbali Maphumulo is a South African singer, dancer and actress known for her starring role as Amira Mokoena, a whimsical songwriter living in a fantasy world, in the e.tv drama series 4Play: Sex Tips for Girls, from 2010-2012. 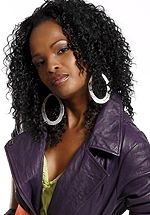 In 2008, she played Fikile, James’ (Dingaan Mokebe) lover, in the SABC2 soapie Muvhango for a three-month plot arc.

Maphumulo also competed in the Shell Road to Fame talent show, which helped her launch her singing career. As a supporting vocalist, she has performed alongside Hugh Masekela and Suthukazi.

Miss Kaizer Chiefs in 1997, she is still active in the modeling industry.

Her starring role in 4Play was her first on television. In 2013, she starred in the Mzansi Magic miniseries Abangani. eKasi: Our Stories, Isibaya, Muvhango, and The Wild are some of the other television shows in which she has appeared.

Mbali Maphumulo had a recurring role as Nomonde on the Mzansi Magic drama series Is’thunzi in 2016, reuniting her with series creator and director Amanda Lane, whom she had previously worked with on 4Play and the SABC1 drama series Tempy Pushas. In Season 2, she reprised her role, now with additional credits as the series costume designer, script translator, and hair and makeup artist.

She has an estimated net worth of $100,000 which she has earned as a singer, dancer and actress.