Mamokgethi Phakeng (born 1 November 1966) is a South African professor of mathematics education who in 2018 became vice-chancellor of the University of Cape Town (UCT). 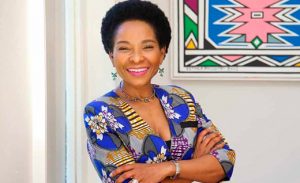 She was born on the 1st of November 1966 in Ga-Rankuwa, Pretoria, South Africa. As of 2021, she is 55 years old and celebrates her birthday on November 1st every year.

She married Madimetja Lucky Phakeng in 2012, giving her the surname “Phakeng” for the first time. Lucky Phakeng is a lawyer who now serves as the chair of the Takeover Regulation Panel.

She went to Tsela-tshweu Primary School, Tswelelang Primary School, Thuto-Thebe Middle School, Odi High School, and Hebron. In 1983 (Grade 12), she graduated from the hamlet of Hebron’s College of Education with a University Exemption.

She has an estimated net worth of $200,000 which she has earned as a professor.