Tawana Kupe is a Zimbabwean-South African academic who is the vice-chancellor of the University of Pretoria in South Africa. 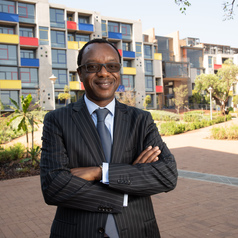 Professor Kupe was the executive dean of the Wits Faculty of Humanities for six years, from January 2007 to December 2012, after his tenure as the head of the Wits School of Literature and Language Studies and the founding Head of the Media Studies Department.

Professor Kupe lectured at Rhodes University from 1999 to 2001 before joining Wits. He came to Rhodes from the University of Zimbabwe, where he served in a variety of academic roles beginning in 1988, including chairing the Department of English, Media, and Communication Studies.