Adam Habib (born 1965) is a South African academic administrator who is currently serving as Director of the School of Oriental and African Studies, the University of London since 1 January 2021. 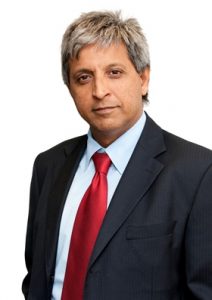 He is married to Fatima Habib whom he met at the University of Natal, Pietermaritzburg, during their student years. Together they have two sons Irfan and Zidaan.

Habib has worked as a co-editor for both the social science academic magazine Transformation and the South African Association of Political Science’s official disciplinary publication, Politkon.

He is also a member of the Voluntas and South African Labour Bulletin editorial boards. He has acted as an external examiner for a number of South African universities, including Durban-Westville, KwaZulu-Natal, Witwatersrand, Cape Town, and Rhodes, and has assessed Masters and Doctoral dissertations.

In South Africa, he is a well-known public personality whose views are frequently sought by the print and television media. The University of the Witwatersrand invited Habib to become its next vice-chancellor in December 2012.