Noxolo Dlamini (born 14 September 1993) is a South African dancer, actress and fitness coach known for her starring role as Ntombi in the Netflix drama series Jiva!. 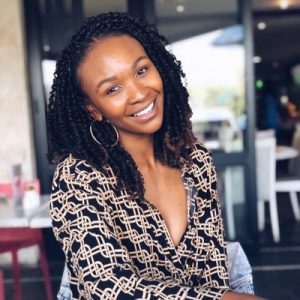 She was born on the 14th of September 1993 in Soweto, South Africa. As of 2021, she is 28 years old and celebrates her birthday on September 14th every year.

In 2018, Noxolo made her television acting debut in a minor cameo in an episode of the Danish drama Liberty, which was shot in South Africa.

Her first appearance on South African television was in the Mzansi Magic soapie Isibaya in the recurring character of Nkosazana in Season 7, Episode 156, which aired on October 14, 2019.

She later appeared in a cameo role on the SABC1 soapie Uzalo, which aired on January 18, 2021.

In the Netflix drama series Jiva!, Noxolo won her first starring role as Ntombi, a brilliant street dancer from Umlazi who must fight her insecurities and deal with family opposition to pursue her dancing goals.