Phoebe Noxolo Abraham (born 7 October 1960) is a South African politician who has been a member of the National Assembly of South Africa. 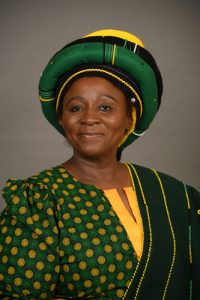 She is an African National Congress (ANC) member. In the 2019 South African general election, she was ranked 103rd on the party’s list.

She is a member of the Finance Standing Committee. She served in the Eastern Cape Provincial Legislature previously.