Andre Velts (born 21 May 1981) is a South African actor known for his starring role as Hugo Nel in the kykNET musical youth drama series Sterlopers. 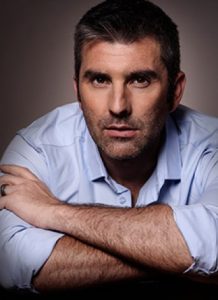 In 2006, he starred in The Raven, his first foreign film. In 2007, he landed another international film, Tunnel Ratz, in which he played Vietnam War Private Bevis.

In 2008, he earned two major theatre roles: Paul, which he performed at the KKNK, and Nag van Legio, in which he played an irritable man. He also participated in the TV drama series Hillside, playing Dr. Zane in the ICU, while performing in the theatre.

In 2008, he played the main character in the film Bloedspoor. Andre has appeared in a number of short films, including 5 Minutes Late, Sieklus, Canvas, Acting Heroes, and Babbelkous en Bruidegom, Hardloop Dominee, and Wetters.