Willem Jackson (born 26 March 1972 in Bloemfontein, Free State) is a retired South African footballer who played as a defender. 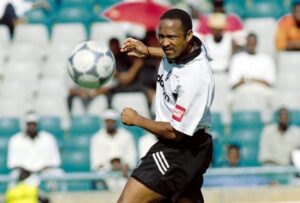 A fullback capable of lining up on either flank, he played mostly for Bloemfontein Celtic and Orlando Pirates.

Jackson also played for South Africa, earning 18 caps, and was a part of the squad that travelled to France for the 1998 FIFA World Cup. During the tournament, he appeared in the first-round matches against France and Saudi Arabia, starting both matches at right-back.

Jackson made his international debut against France on 11 October 1997. His final international appearance came on 29 April 2001, a 3–0 victory over Mozambique in the COSAFA Castle Cup.

He has an estimated net worth of around $300,000 which he has earned as a footballer.