The tweet “O jewa ke eng ?” is a Sesotho phrase that means “What is eating you?” in English, became the most quoted tweet in the world in 2019. 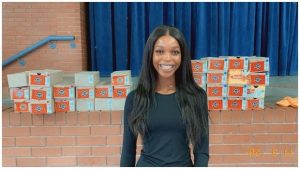 She is currently a student at Free-State School of Nursing, Bloemfontein, Free-State.

She has an estimated net worth of $50,000 which she has earned as an influencer.