Njabulo Ndebele (born 4 July 1948) is an academic and writer of fiction who is the former Vice-Chancellor and Principal of the University of Cape Town (UCT). 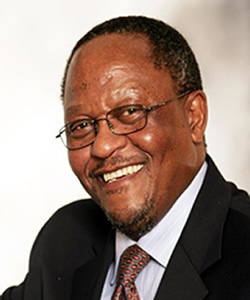 On July 30, 1971, he married Mpho Kathleen Malebo. They have two daughters and one son.

He also attended Churchill College, University of Cambridge, where he received the South African Bursary for the first time.

Following a stint as a scholar in residence at the Ford Foundation’s headquarters in New York, Njabulo Ndebele served as Vice-Chancellor and Principal at the University of Cape Town from July 2000 to June 2008.

Chair of the Department of African Literature at the University of the Witwatersrand, as well as Pro-Vice-Chancellor, Dean, and Head of the English Department at the National University of Lesotho, are among his previous posts.