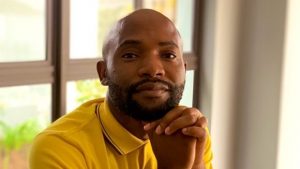 His parents wished for him to pursue a career as an engineer. They enrolled him at S.J. Van Der Merwe Technical High School in Lebowakgomo, Limpopo, where he completed a motor mechanics course and passed.

Later, he begged his uncle to assist him in persuading his parents to let him pursue a career in television. He applied to Tshwane University of Technology in Pretoria to study TV and Film Production after they agreed.

Phathu Makwarela has etched his name into the annals of South African telenovelas. The River and a few other award-winning programs on Mzansi tv are the brainchild of the young creative writer.

Phathutshedzo “Phathu” Makwarela, an award-winning scriptwriter and co-founder of Tshedza Pictures, is at the helm of one of South Africa’s most popular telenovelas, The River.

He has an estimated net worth of $300,000 which he has earned as producer and content creator.