He achieved early success with his band, Jozi, and is most known for his solo single, “Heaven”, which was released in 2013, and features fellow South African hip hop recording artists, AKA, and Maggz. 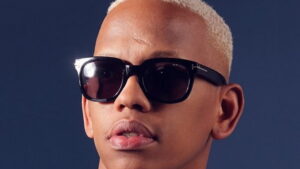 Mampe was born in the United States, in Washington, D.C., to South African parents, Leslie Jonathan Mampe, an IBM IT specialist, and his wife, Priscilla.

Mampe, Sr. was a music LP collector who was also known for throwing parties. Mampe found his musical abilities while residing in the United States with his parents at an early age through this.

He is married to Aurea Alexander and they welcomed the birth of their daughter, whose godfather is a South African hip hop recording artist and good friend AKA. Da L.E.S is the godfather to AKA’s daughter.

He has an estimated net worth of about $500,000 which he has earned as a musician.