Gift van Staden (born 15 July 1962) is a South African politician who serves as a Member of the Northern Cape Provincial Legislature for the African National Congress (ANC). 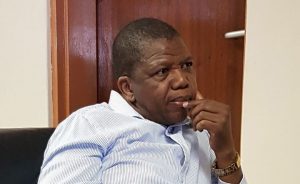 In the 1980s, Van Staden led a civic movement in the Prieska sub-region. He was instrumental in the relaunch of two ANC branches in the 1990s. He was the chair of the ANC’s Prieska branch for two terms.

Van Staden was a founding member of the Democratic Teachers Union of South Africa (SADTU). He immediately found work as a site steward at Prieska’s Gariep High School. He was appointed deputy mayor after being elected to the Prieska transitional council.

In 2011, Van Staden won the mayorship of the ZF Mgcawu District Municipality. In October of 2015, he was sworn in as an MPL. Van Staden was appointed MEC for Social Development by Premier Sylvia Lucas in March 2016, succeeding Mxolisa Sokatsha.