Martha Bartlett s a South African politician who has been serving as a permanent delegate to the National Council of Provinces since June 2020. 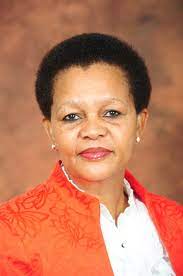 In 2014, Bartlett was elected to the Provincial Legislature of the Northern Cape. On May 21, 2014, she was sworn in as a member of the provincial legislature. Premier Sylvia Lucas named Bartlett as a Member of the Executive Council (MEC) for Transport, Safety, and Liaison on May 30, 2014. She succeeded Mac Jack on the same day she gained office.

Lucas appointed Bartlett as MEC for Education on March 1, 2016. Grizelda Cjiekella, who died in October 2015, was her predecessor. MEC for Transport, Safety, and Liaison, Pauline Williams, has taken over. Bartlett held the job until after the 2019 provincial election, when she was reassigned to the Social Development ministry by newly elected provincial premier Zamani Saul. She took over as Education MEC after Gift van Staden stepped down.

On June 11, 2020, Bartlett resigned from the provincial government. On June 26, Saul appointed Nontobeko Vilakazi as MEC for Social Development.