Nontobeko Vilakazi is a South African politician serving as the Northern Cape MEC for Social Development since June 2020. 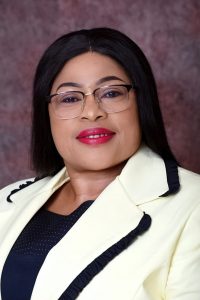 Following the general election on 8 May 2019, Vilakazi was nominated to the Northern Cape Provincial Legislature, where she was placed 12th on the ANC’s list and the party won 18 seats.

On May 22, she was sworn in as a member. Zamani Saul, the newly elected premier, announced his executive council on May 29. Vilakazi has been named to the Executive Council’s Transport and Safety Liaison Committee. She was sworn in on the same day.

She was named MEC for Social Development on June 26, 2020. She succeeded Martha Bartlett, who had been sworn in as a Delegate of the National Council of Provinces, on the same day. MEC for Transport and Safety Liaison Nomandla Bloem has taken over.