Thembela Sikhakhane (born 24 January 1993) is a South African professional footballer who plays for AmaZulu as a right back. 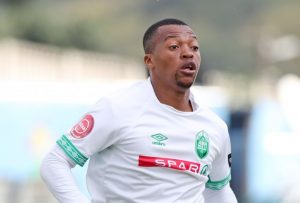 He began his playing career with Vodacom League team Gqikazi All Stars before joining Golden Arrows in January 2013 on a three-year deal.