Siyethemba Sithebe (born 6 January 1993) is a South African soccer player who plays as an attacking midfielder for South African Premier Division side AmaZulu and the South Africa national team. 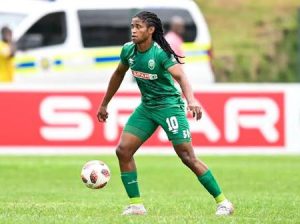 He was born on the 6th of January 1993 in Newcastle, South Africa. As of 2022, he is 29 years old and celebrates his birthday on January 6th every year.

AmaZulu signed him in the summer of 2017, from Mbombela United. In October 2020, in a game against Namibia, he made his international debut for South Africa.