Augustine Mulenga (born 17 January 1990) is a Zambian football player who plays as a forward AmaZulu FC and Zambia. 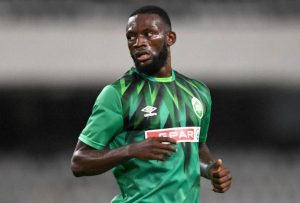 Orlando Pirates of South Africa signed Mulenga in January 2018. In a league match on 3 March 2018, he made his Premier Division debut as a substitute for Justin Shonga in the 84th minute.

Augustine Mulenga found the back of the net for the first time in a competitive match for the club on April 4, 2018, as they beat Bloemfontein Celtic by a 2-1 tally. The goal was assisted by Thembinkosi Lorch in the 77th minute.

On 26 March 2017, in a friendly game against Zimbabwe, he made his Zambia national football team debut.