Alexandra Abrahams (born 13 July 1986) is a South African politician serving as a Member of the National Assembly since May 2019. 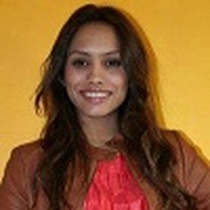 In 2009, Abrahams joined the Democratic Alliance as an assistant to the party’s provincial campaign manager for the general election that year. She got a job at the provincial Department of Social Development two years later. She was employed by the department until May of this year.

On the DA’s regional list for the general election on May 8, 2019, Abrahams was ranked third.

Abrahams was elected as a result of the DA’s electoral success. On May 22, 2019, she was sworn in as a member of the National Assembly. She is an Alternate Member of the Portfolio Committee on Social Development as of June 27, 2019.

John Steenhuisen, the DA’s parliamentary leader, named her to his shadow cabinet as Shadow Deputy Minister of Social Development in December 2020.