Ismail Abrahams (born in Durban) also known as DJ Man is a South African radio DJ and presenter who started out listening to capitol radio and was one of the first DJ’s on Retail Radio, Red Cap radio (Mr Price), and Hub radio. 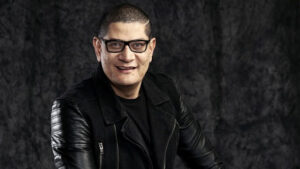 Born and bred in Durban he started commercial radio on P4 Radio and then Gagasi 99.5fm, later moving onto national radio with Radio 2000 and now making his home at the biggest urban station in SA, METRO FM, hosting the Saturday 9 am -midday slot, and currently, night radio 21h00- midnight the fastest growing show on METRO FM, has single handily revived night radio in SA Ismail Abrahams also released his cd,” ITS A GROVE THANG”.

He has an estimated net worth of $70,000 which he has earned as a radio DJ