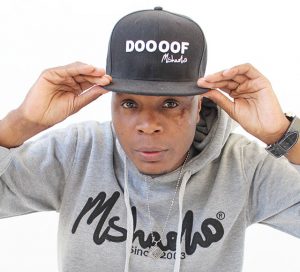 He began his official schooling at Onayena Primary School in Onayena, an east Ondangwa community where he has lived since 1989 when he returned from exile in Zambia. He came to Windhoek City in 1997 to attend Augustineum Secondary School in Khomasdal for his secondary studies.

Morocky decided to pursue a Science degree at the University of Namibia after graduating from high school. He dropped out of university after one year to pursue a music career.

During his high school years, The Dogg used to play at school concerts. He and long-time buddy Joe Basson, now known as Auntie Sousa, formed the Amasilkies kwaito dancing ensemble when he was in grade nine.

He was a backup performer, a dancer, and he even opened gigs for his famous cousin Killa B and well-known acquaintance Jossy Joss before pursuing a career in music. Mzekezeke, Malaika, Mafikizolo, Mandoza, Brown Dash, Brickz, and Ishmael are among the South African acts for whom Morocky has opened shows.

In 2003, his popular single “Jesus Otati,” a kwaito-gospel ballad produced by Elvo, catapulted him to popularity.

In 2005, he began producing music with the help of his tutor Elvo. So far, he’s collaborated on projects with Elvo, DJ Kboz, and Christian Poloni. On all Mshasho Records albums, he has produced and served as executive producer.

The Dogg Net Worth

He has an estimated net worth of $1.5 million which he has earned as a musician.