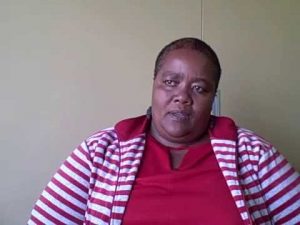 Before escaping to exile in 1983 to join SWAPO, Dempers was a famous anti-apartheid activist in southern Namibia. SWAPO detained her and hundreds of other Namibian exiles in 1986 while they were living in Lubango, Angola.

She was tortured and imprisoned in Lubango’s “dungeons” before being liberated and deported to Namibia following the country’s independence in March 1990. In 1999, three years after BWS was founded, Dempers was named national coordinator.

As a member of the Central Committee of the then-opposition Congress of Democrats, Dempers got embroiled in a scandal in 2007. A group of the party led by Ben Ulenga removed her and other committee members. She created a ‘interim national committee’ with the faction commanded by Ignatius Shixwameni.

Kalla Gertze, a close friend and fellow detainee, died of an asthma attack in March 2008. Gertze praised Dempers and called for a debate on the Lubango captives to be opened in the National Assembly.