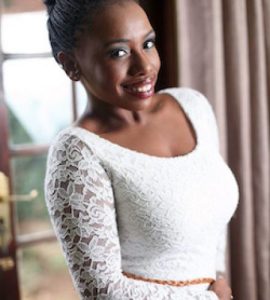 Mari got her first television job in 2007 as a continuity presenter for the now-defunct Afrikaans music channel MK, a position she held until 2009.

From 2009 until 2013, she voiced Pauline in the Radio Sonder Grense (RSG) radio drama Ratels.

She earned the character of Lerato in the kykNET soap opera Villa Rosa in 2010, and she stayed with the show till 2013. She quit the show to work as a cruise ship entertainer for six months.

She had a cameo appearance in an episode of the SABC2 drama series Geraamtes in die Kas in 2014, and she played Tumi Sithole in the SABC2 soapie 7de Laan from 2015 to 2016.