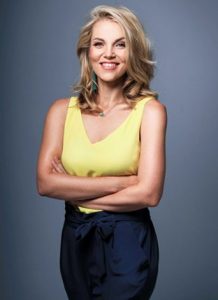 Beukes earned an honors degree in Communication and Marketing from the University of Johannesburg after matriculating at Uitsig High School in Centurion, and he also trained from 1991 to 1998. Tap dances at the Diana Walton Studio were well-received. Beukes received drama instruction from 2001 to 2003, as well as vocal training at the kykNET Zing Academy in 2003.

Beukes rose to prominence after working as a continuity provider for the kykNET channel. She has also worked as a field presenter for EkoNET, Dekor, Tjirp, and Tuine en Tossels, among other productions.

Beukes also appeared in the kykNET soap opera Villa Rosa, in which she played lawyer Erica Brink. Beukes also starred as Kallie in Bundu Buddies, a children’s show on the Koowee children’s channel.

Dubbing, advertising, and book readings have all been done by Beukes for commercial and community radio stations.