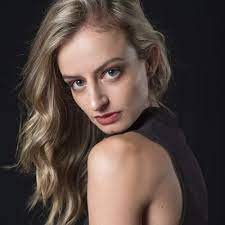 Her first lead role as an actress was as a girl who turns her brother into an egg in the 2001 SABC production My Brother the Egg.

She played the role of the little sister, Marelie, in two seasons of the kykNET series Song vir Katryn and also featured in a small role on 7de Laan.

In the year 2020, she returned to 7de Laan, this time playing the role of Nikki Basson, the street-smart, sassy daughter of DeWet Basson, who is the apple of his eye.