Busisiwe Mtshali (born 27 July 1991) who is commonly referred to as Busi Mtshali is a South African actress known for her role as Thandeka in the SABC1 sitcom Thandeka’s Diary. 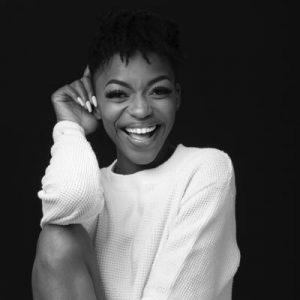 She did a Bachelor of Arts in Dramatic Arts Honours degree at the Witwatersrand University.

She was previously renowned for her part as Shirley Dlamini, a working girl, in the Mzansi Magic crime drama series Mshika-shika, which she starred in in 2012.

She has been in a few productions, but Shirley on Mshika-shika was her first important role in the industry.

In the second season of the e.tv anthology romance series Mzansi Love: Kasi Style, she played Fikile Mathubela, who obtains a lucrative internship with luxury fashion label Cocoa Rouge. She also appeared as DJ Gugs on the SABC3 soapie Isidingo as a guest star.

Thandeka’s Diary, which she began appearing in in 2015, was renewed for a second season in 2016.