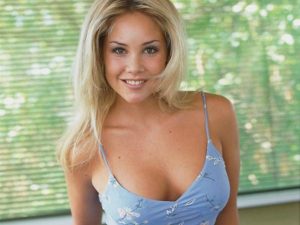 She was born on the 19th of January 1977 in Johannesburg, South Africa. As of 2022, she is 45 years old and celebrates her birthday on January 19th every year.

Hillebrand began her on-screen career at the age of six, hosting KTV, a South African children’s television station. Hillebrand has since appeared in a number of commercials and acted in both television and movies.

She joined with Musketeer Records in 2002, and her debut album, Chasing Your Tomorrows, was released in 2003. She’s also been featured in the Maxim magazine.

Hillebrand received an offer to play Nina Williams in the cinematic adaptation of the popular video game series Tekken in 2008.

She has an estimated net worth of $1 million which she has earned as an actress and singer-songwriter.