Londeka Mchunu (born in Msinga) is a South African actress best known for her starring role as Sne on the Mzansi Magic soapie Isithembiso. 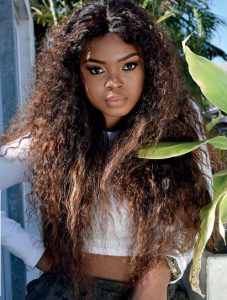 Despite having no acting experience or interest, she earned the lead part of Snegugu on Mzansi Magic’s (and subsequently Mzansi Wethu’s) Isithembiso, which aired for three seasons on Mzansi Magic (and then Mzansi Wethu) from 2017 to 2020, with over 700 episodes.

Londeka earned the recurring role of Londiwe on another Mzansi Magic soapie, Isibaya, after the serial concluded, making her debut appearance in Season 8, Episode 125, which aired on September 25, 2020.

The following year, she earned another prominent part, this time as Zanele Zwide, the daughter of Faith (Winnie Ntshaba) and Funani (Vusi Kunene) on the e.tv soapie House of Zwide, which premiered on July 19, 2021, and succeeded the long-running soapie Rhythm City.