Sibonile Ngubane is a South African actor and musician that is well-known for his role as Mbovu in the Mzansi Magic soapie Isibaya. 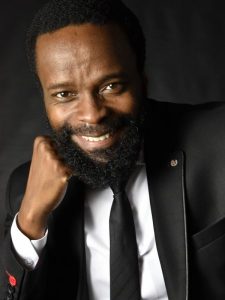 He tied the knot with his long time sweetheart Ubuhle Nkomo at his rural home in Mandela in KwaZuluNatal on the 18th of April 2021.

Sibonile first appeared on television in the character of Ngubane elder Mbovu in Season 5, Episode 113 of Isibaya, which aired on August 16, 2017.

He stayed in the role until 2021, when the show was cancelled.

The following year, he starred in the Mzansi Magic made-for-TV film Isibonakaliso, which premiered on 7 July 2018 as part of the channel’s “Lokshin Bioskop” stream of telefilms. Later, it broadcast on Mzansi Wethu.

He then secured another significant recurring part in the SABC1 soapie Uzalo, this time as unscrupulous tycoon Khathazamanyamadoda Khanyile, who first appeared in Season 5, Episode 52. (which aired on 17 April, 2019).

Sibonile Ngubane was cast as Buzani Phakathwayo in the SABC3 telenovela The Estate, with his debut appearance in the series premiere on 5 April 2021.