Kabelo Moalusi (born 15 August 1984) is a South African actor known for his role as Siya Radebe on the SABC1 soapie Generations: The Legacy. 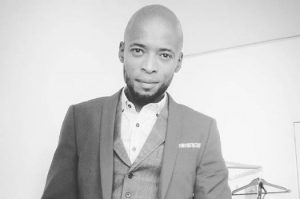 He has also appeared in the e.tv drama series Z’bondiwe, the Mzansi Magic soapie Isibaya, and the e.tv soapie Backstage, among others.

In 2016, he had a recurring part as Z’bondiwe on e.tv and another recurring role as Roy on the Mzansi Magic serial The Queen, which he first appeared in Episode 35 on September 28, 2016.

In 2017, he starred in the SABC2 drama series Bone of My Bones as Mokau Malefo, an accountant. He also landed the role of Ofentse Moloi in the SABC3 soapie Isidingo.

In 2018, he starred in the Mzansi Magic serial The Throne as Tumelo, the queen’s only son and middle child.