Lika Berning (born 9 April 1980) is a South African actress known for her role as Francie Jansen in the M-Net drama series Known Gods. 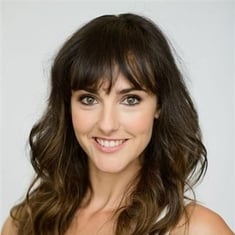 She is married to Clyde Berning, who is also a famed actor.

From 2010 to 2011, she starred as Hannah Rossouw in the M-Net soap Binneland Sub Judice (previously known as Binnelanders).

Feast of the Uninvited, Shooting Stars, Interrogation Room, and 7de Laan are some of the other television shows in which she has appeared. She appeared as a special guest in an episode of SABC2’s travel and lifestyle show Mooiloop! in 2013.

Lika has also appeared in Liefling, Primal Fear, The Bang Bang Club, and Die Wonderwerker, among other films.

Jana Cilliers is her mother, and director Regardt van den Bergh is her father.

She portrayed profiler Kaptein Lena Maree in the criminal drama series Die Byl (The Axe) in 2016, which was partially based on the real-life South African investigator Piet Byleveld. Regardt van den Bergh, her father, directed the series.