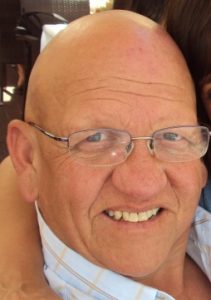 He was born on the 2nd of September 1952 in Johannesburg, South Africa. As of 2021, he is 69 years old and celebrates his birthday on September 2nd every year.

He was married to actress Jana Cilliers . Two daughters, Lika and Leán were born out of the marriage. After their divorce, he married another actress, Clara Joubert.

He has an estimated net worth of $300,000 which he has earned as an film and television actor, film director and screenwriter.