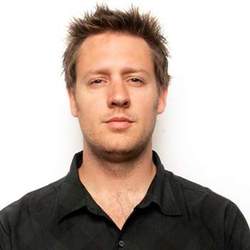 He was born on the 17th of September 1979 in Johannesburg, South Africa. As of 2021, he is 42 years old and celebrates his birthday on September 17th every year.

He is married to Terri Tatchell, a Canadian screenwriter, best known for co-writing the screenplay of District 9.

In 2003, he was hired by Popular Science to illustrate photo-realistic futuristic planes for their “Next Century in Aviation” issue. He drew “The Future of the Automobile” in 2004.

Blomkamp was signed by Toronto commercial studio Spy Films after working as a visual effects artist at The Embassy Visual Effects in Vancouver and Rainmaker Digital Effects.

In 2007, Blomkamp directed a trilogy of live-action short films known as Landfall. To promote the release of Halo 3, they were set in the Halo universe.

Following Elysium, he began work on Chappie, his next sci-fi feature, in April 2013. Tetra Vaal, his own short film, served as inspiration for the feature.

Blomkamp announced the formation of his own film production company, Oats Studios, in 2017 and confirmed the release of Oats Studios Volume 1, a collection of experimental short films and other content, on Steam.

Blomkamp had surreptitiously shot a supernatural horror film in British Columbia during the summer of 2020, despite the COVID-19 pandemic, it was disclosed in December 2020.

He has an estimated net worth of $10 million which he has earned as a film director, producer, screenwriter, and animator.