Jay Anstey (born 13 February 1991) is a South African actress known for her starring role as Charlie Holmes on the SABC3 soap opera Isidingo, from 2011 to 2013. 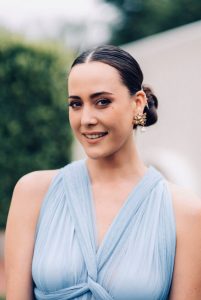 She has also appeared in a variety of other television shows, including M-Snitch, Net’s e.tv’s Rhythm City, and the BBC’s Young Leonardo.

Catch a Fire, Le Doux Mondes, Inescapable, and Sleeper’s Wake are just a few of Jay’s feature film credits. She has appeared in ads for Red Berry, Edgars, Supersport, and UJ, among others.

Jay is multilingual, speaking English, Afrikaans, Zulu, Tswana, South Sotho, and Xhosa. He has also appeared in a number of music videos.

Isidingo recast her role as Charlie in November 2013. According to reports at the time, the recasting took place without Jay’s knowledge.