Maggie Benedict (born 10 February 1981) is a South African actress, writer, and director known for playing the role of Akhona Miya on the SABC 1 soap opera Generations. 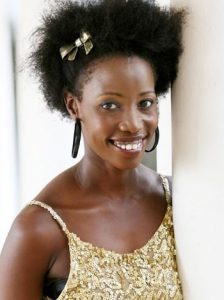 She was born on the 10th of February 1981 in Pretoria, South Africa. As of 2021, she is 40 years old and celebrates her birthday on February 10th every year.

Benedict began acting after graduating from Pretoria Technikon (now known as the Tshwane University of Technology).

Benedict graduated from Michael Howard Studios in New York in 2007. She had a habit of hanging out in libraries when she was a college student. Benedict appeared in a number of stage productions and school plays during his time at the school, including “Does Anyone Know Sarah Paisner” and “Anais Nin Goes To Hell.”

Attack on Durfur, Step to a Start Up, and Queen of Kwate are among Benedict’s cinematic credits. For her role in the 2011 film The Mating Game, she won the South African Film & Television Awards for best ensemble cast.

Benedict appeared in Showboat and Goldilocks and the Three Bears at the Civic Theatre during her time there.

Benedict acted as Akhona Miya in the SABC drama series BenGenerations from 2011 to 2014, as well as Violet in the e.tv serial series Ashes To Ashes, for which she won a South African Film and Television Award for Best-supporting actress.

She co-starred as Zoey Matsekwa in the M-Net/kykNET soap Binnelanders from 2010 to 2011.